FishFriendos is a cooperative HTML5 game, inside of a Twitch.tv extension. Twitch reached out to me to put together an extension to showcase a new feature on their extension platform. I was responsible for putting together a small development team to bring this product to completion in 2 months. I was the lead developer, focusing on building the Serverless backend leveraging Amazon Web Services and the core components of the game using Phaser 3. The extension was released in April 2018 and is featured on Twitch's Bits Extensions to Try page. Additional gameplay programming by @tlozsr_iidx. Artwork by @Piranhartist.

Install on Twitch Play on my channel*

Music Requests is the first Twitch.tv extension I built, in which I was among the first of 100 developers to ship an extension. I built this solo endeavor using the Laravel PHP framework for the backend and Vue.js for the frontend. It has been installed by over 60,000 broadcasters and supports popular VGM musicians such as ToxicxEternity and TeraCMusic in their streams. The frontend for this extension is open source and available on GitHub. 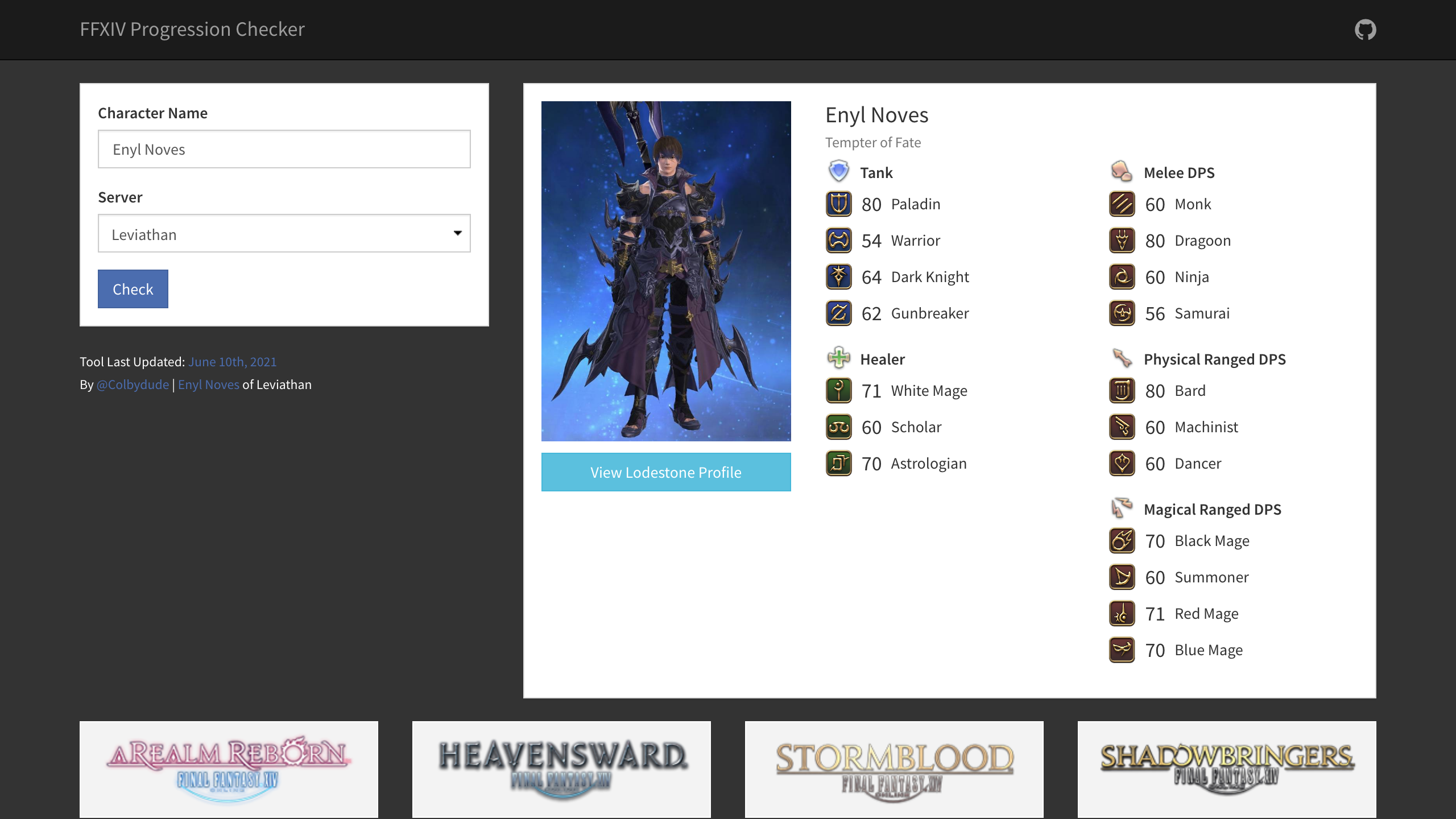 FFXIV Progression is a pet project I have been actively maintaining since 2013 to track a character's main scenario, trial, and raid progression in the MMORPG Final Fantasy XIV. It's a simple Laravel and Vue.js app that leverages the XIVAPI to fetch information from The Lodestone. I wanted a feature on The Lodestone that was similar World of Warcraft's raid progression tracker and decided to build it out myself. The app has been used by over 2,000 players. 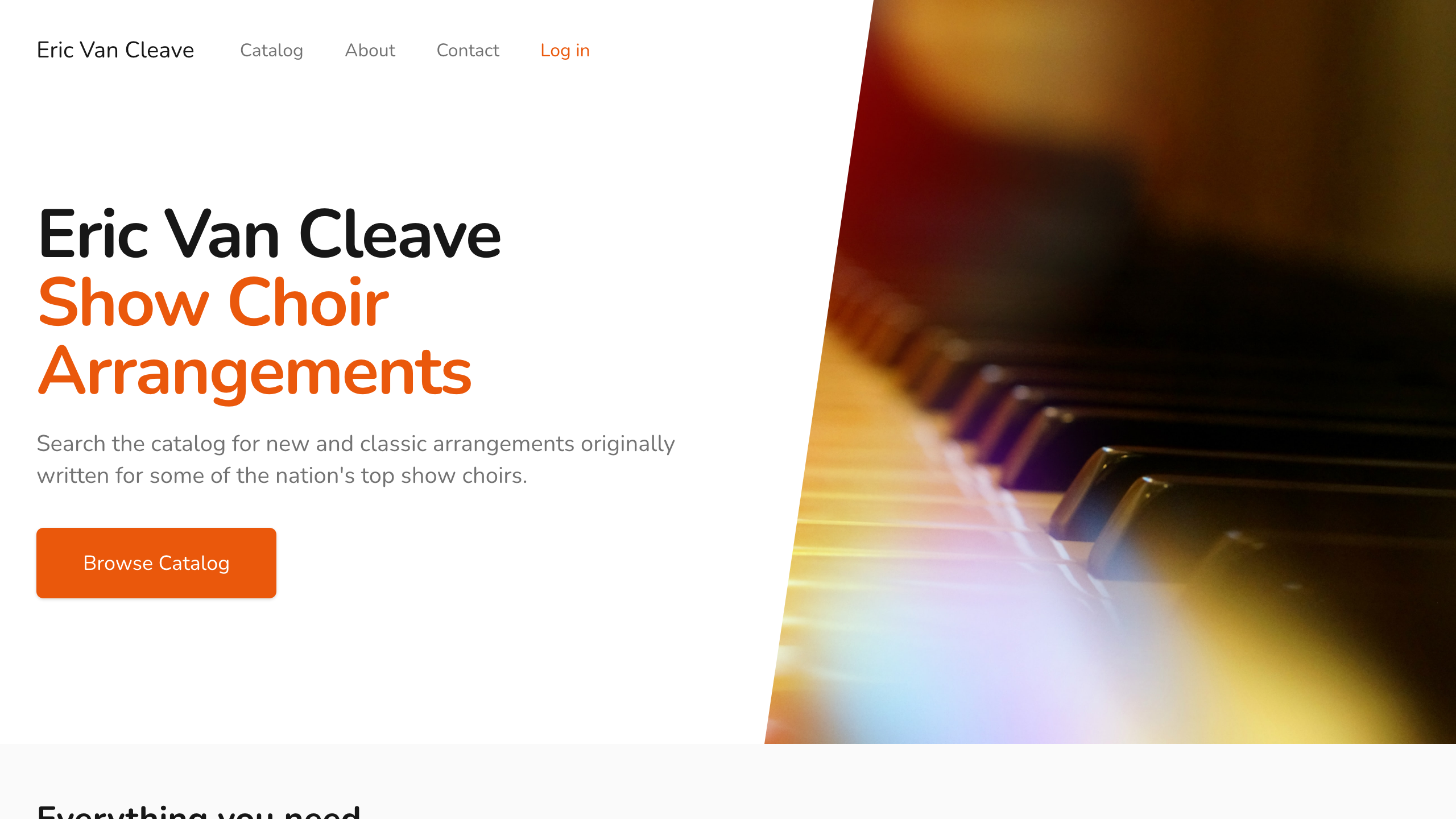 I was hired by Eric Van Cleave to build out his website where he could sell his and his company's show choir arrangements with ease. The app includes a full cart with checkout flow (though, payment is not handled on the site), and content management for Eric. This is another Laravel app, but uses Alpine.js for the frontend for an incredibly lightweight JavaScript bundle.

I was hired by Holler, formerly Emogi, to create the MVP for the Emogi Twitch.tv extension. The frontend is a simple Vue.js app that calls their provided API to search and fetch stickers. When a sticker is chosen, the sticker information will be broadcast through Twitch's pubsub service to display the sticker on stream to everyone viewing. This extension has been discontinued. 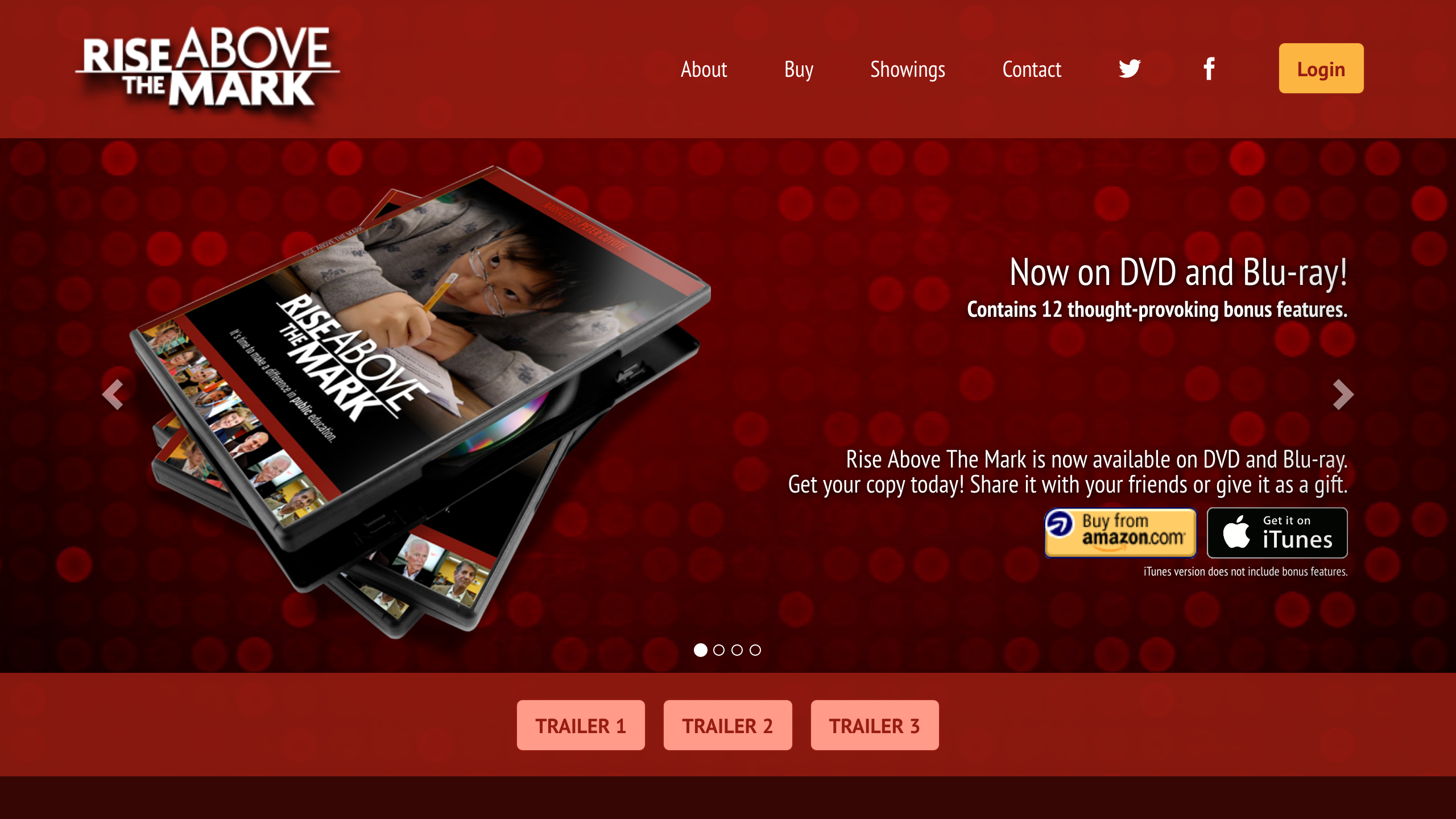 Rise Above The Mark

Rise Above The Mark is a 2014 documentary on the public education system and how politics affects it. I was hired by Jack Klink and the West Lafayette Schools Education Foundation to build the website. The website serves as a simple marketing website, as well as a means of purchasing a license to host a showing of the documentary. Administrators of the site can also manage and track showings. The site is built on Laravel and uses Stripe to process payments. Site design by Jack Klink. 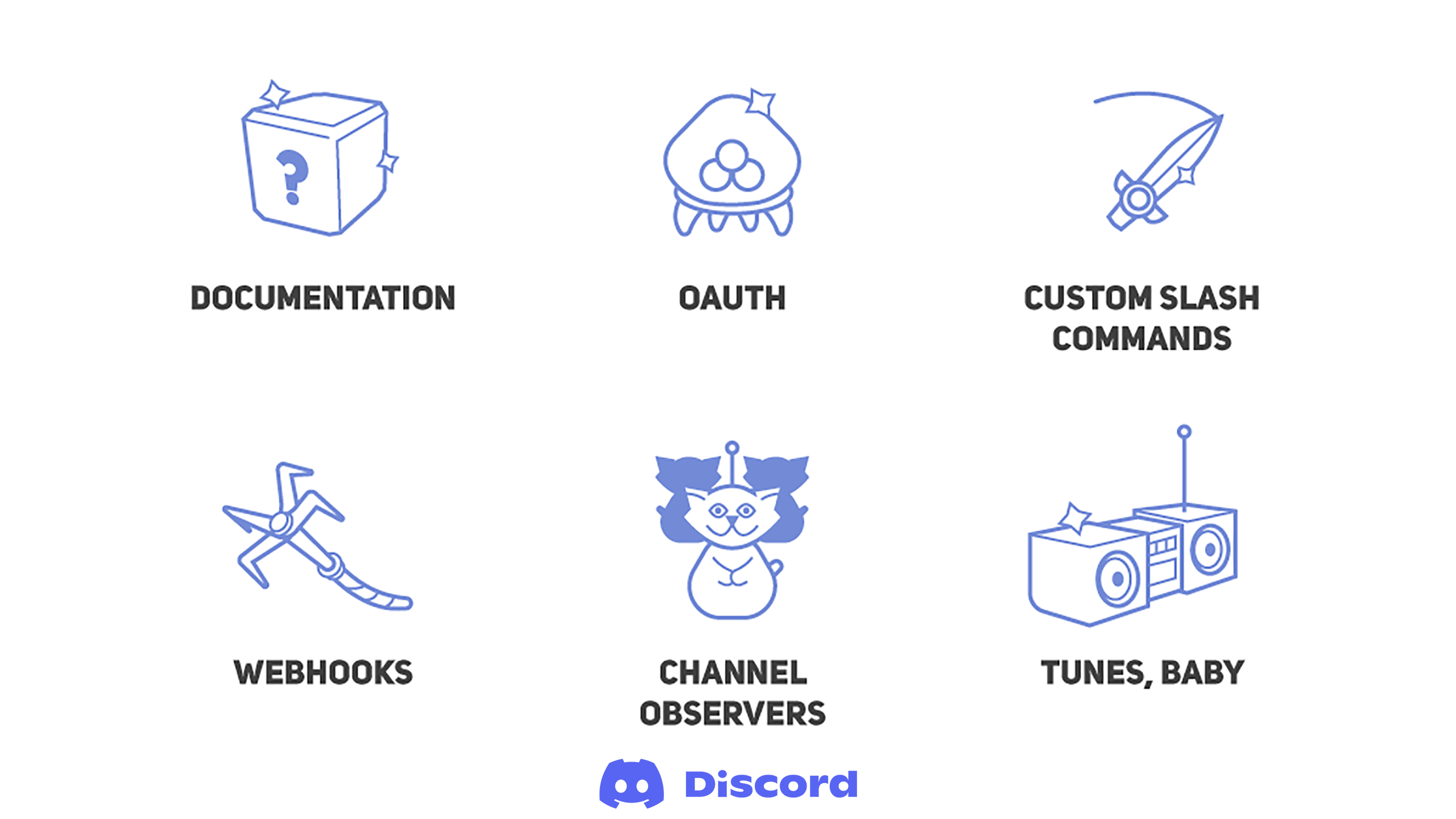 I've put together a handful of Discord bots in JavaScript to add additional functionality and fun to some servers I manage. One bot I've made for a friend is a simple bot that'll allow you to input a search query and it'll respond with an image from Tumblr, based on that query. Another is a bot that will manage roles based on games people want to play in my personal server. Users can tell the bot to add a game, then it'll create a role where users can opt in to get notifications for that game. I also have a couple more bots I've put together for private use. 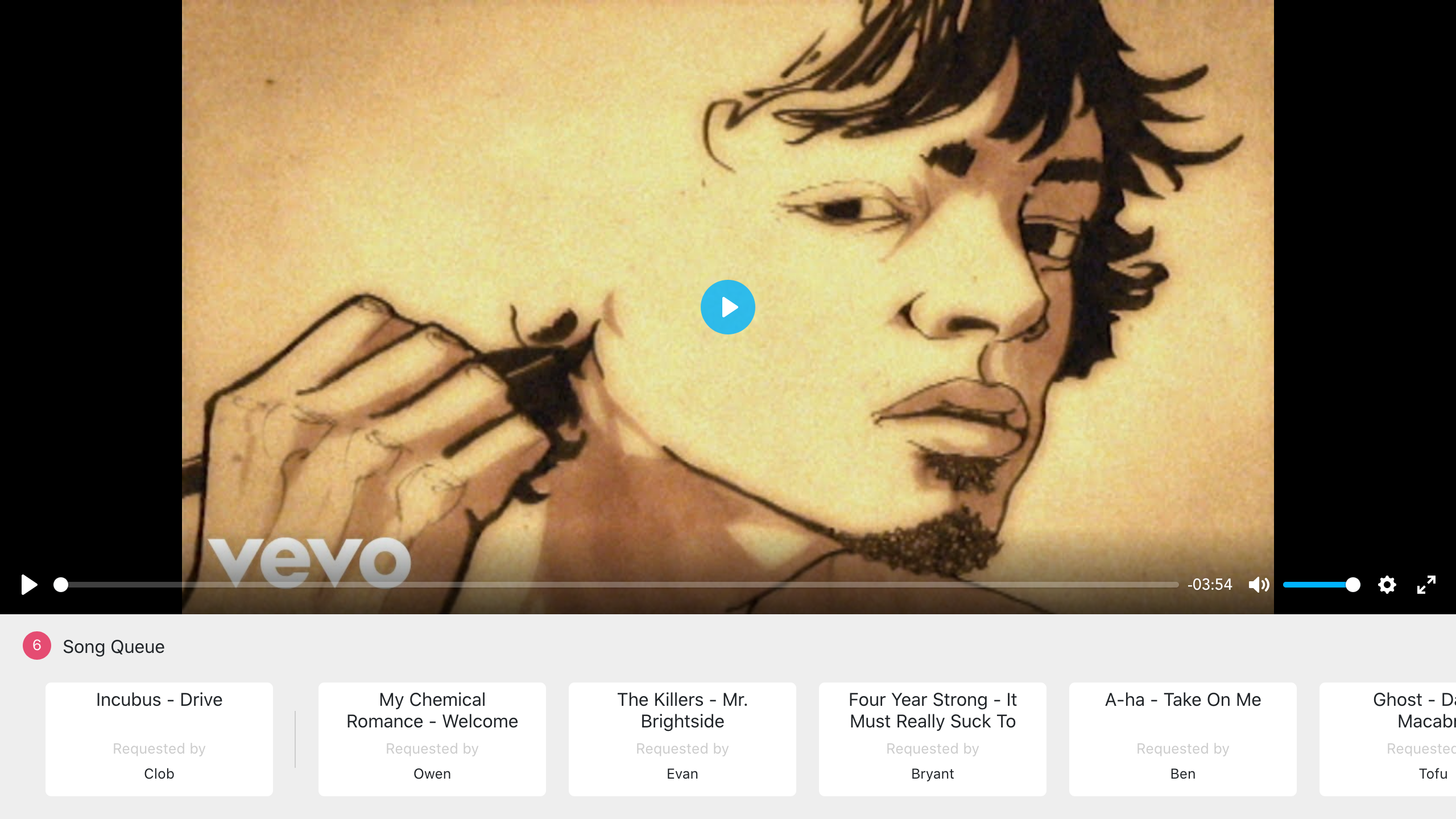 YouTube Karaoke is a quick Laravel and Vue.js app I put together for my birthday party in 2019. I wanted a quick way for people to be able to put in songs for them to sing via karaoke by just dropping in YouTube links. This uses the YouTube Data API to parse information from the given links, then uses Pusher to broadcast queue information to all connected devices. 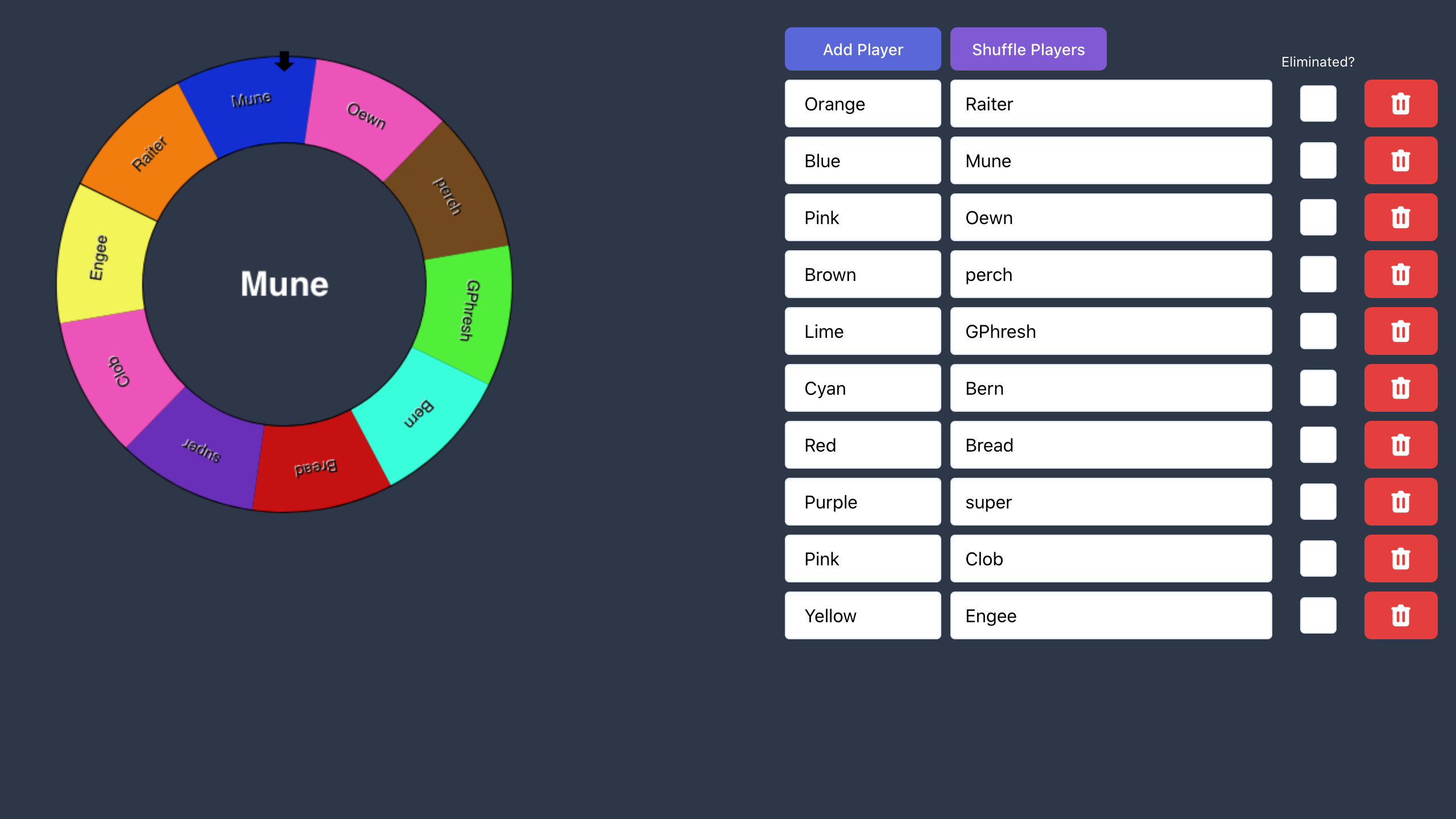 Among Us Roulette is a small Vue.js app I put together to put a spin on the hit multiplayer game Among Us. The idea is that during the interrogation phases of the round, only one person, chosen via roulette, can make the deciding vote. This app is a quick way to visualize and handle the roulette. 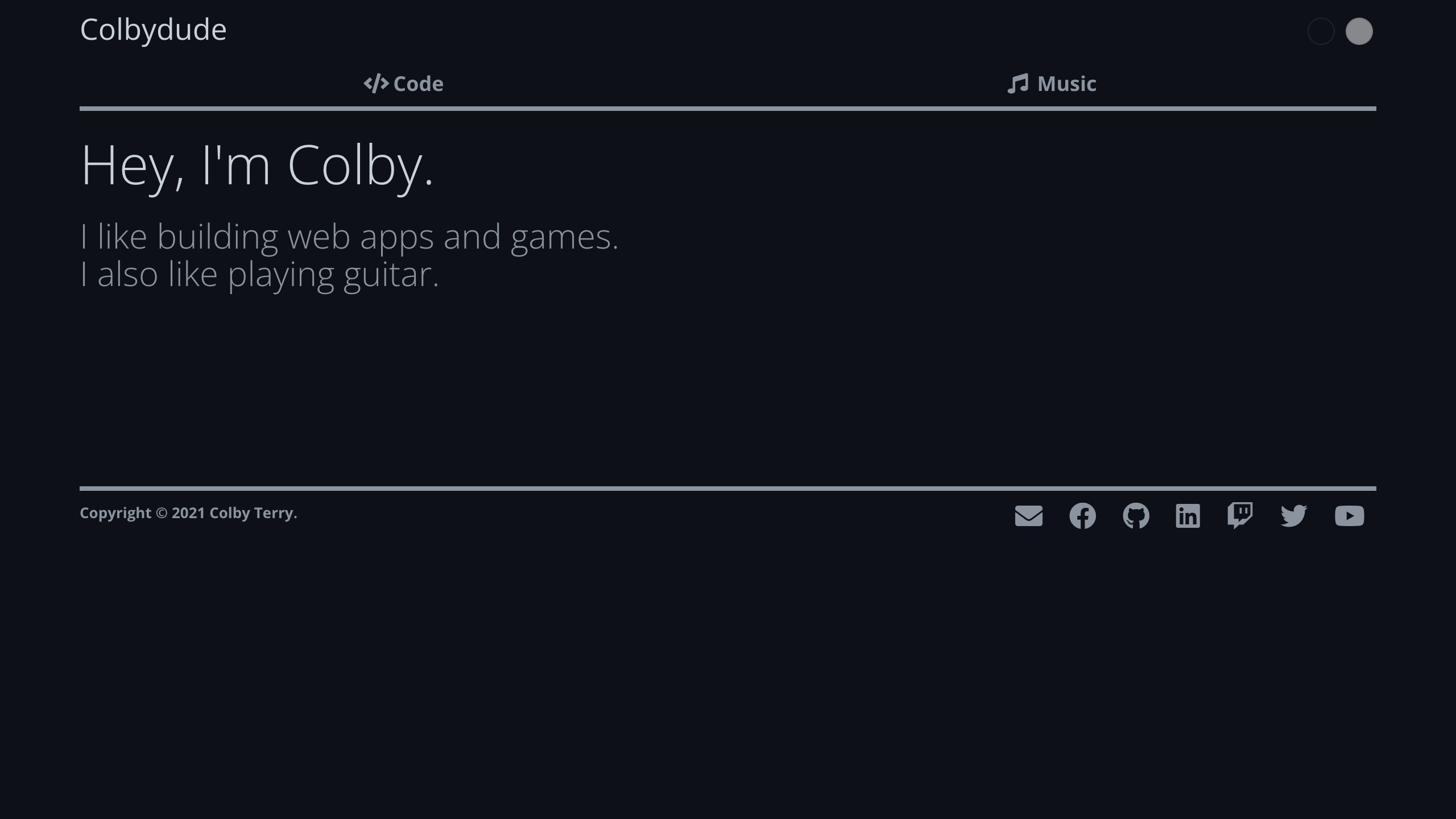 I also use this website often as a means to tinker with new technologies and frameworks. The source code is available on GitHub! Did you know I also play guitar?

Although there's a bit of stuff here, you can find even more projects over on my GitHub page!

You can also checkout my Game Dev Portfolio!

Drop me a line